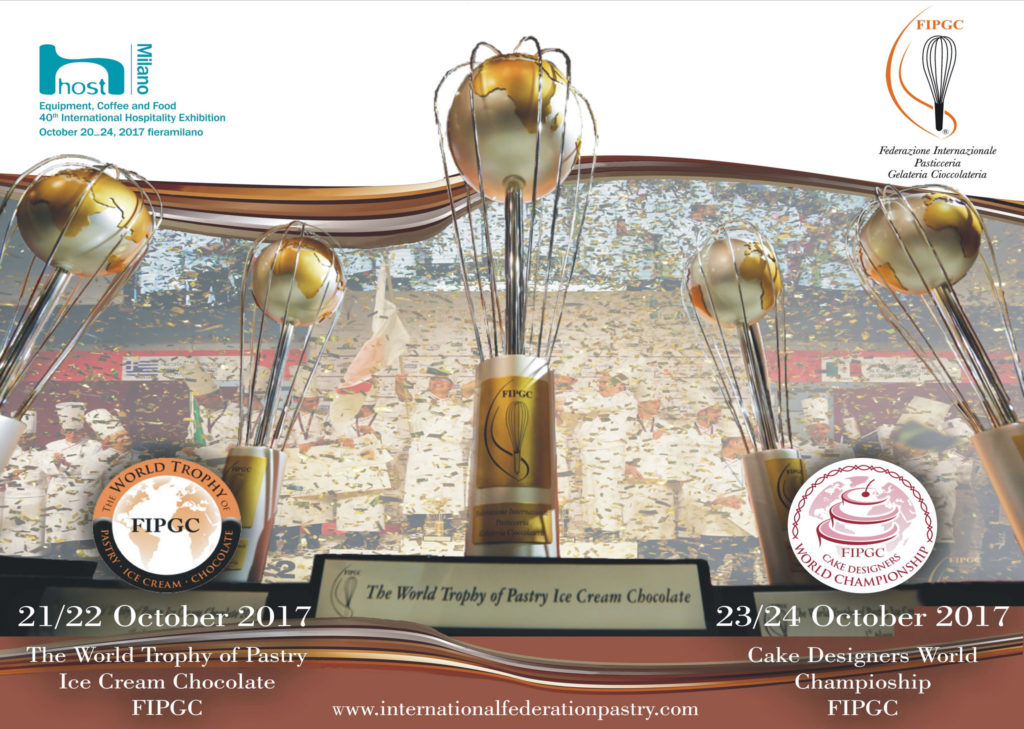 Second place to China, which also brings home the prize for artistic sculpture, third place to Japan. The best chocolates are from Thailand.

The best pastry chefs in the world are Italian. Accompanied by a cheering stadium, with their artistic creations and their delicious and original preparations have won the competition against China and Japan, the holders of the title. A great performance was made by the Asian pastry chefs, completed by Thailand that wins the special prize for the best chocolate praline. This is the verdict of the World Pastry Championship, organized by FIPGC (International Federation of Pastry Ice Cream and Chocolate) that was held on Saturday 21st and Sunday 22nd at Host, the fair of hospitality: 20 teams from 4 continents, from Morocco to Bulgaria, from Tunisia, Australia, Bolivia, 60 pastry chefsfor 4 spectacular specialties, pralines, ice cream, modern cake and real sculptures.

A jury of 20 international experts formed by the coaches of the competing teams has evaluated the achievements, under the chairmanship of Christian Beduschi, one of the best Italian pastry chefs. Each team had to make three specialties: single– portion ice cream, chocolate (or praline) and modern cake, as well as three real sculptures, one in pastillage, (malleable sugar paste), one in isomalt and one in chocolate.

The Italian team, formed by Matteo Cutolo, Giuseppe Russi and Enrico Casarano, has created three exceptional sculptures, which represented in a very original way the theme of the World Trophy, which was “Discovering the World of Chocolate and Coffee”. The chocolate sculpture celebrated the origin and strength of cocoa, represented by a Maya mask, which is associated with the mill for the processing of beans. The sculpture in pastillage, dedicated to coffee, interpreted in the most classic Italian way of this raw material, with the traditional grinder, the moka and the coffee table, and a processing that instead wants to convey the element of femininity. Finally, the sculpture of isomalt represents the meeting between the two elements, through a real kiss between coffee and chocolate.

Second place to China, which also won the special prize for the best artistic sculpture. The Chinese master pastry chefs have in fact created two of the most remarkable sculptures ever: a triumphant woman in pastillage and a chocolate sculpture representing an Indio from Central America, complete with a ritual mask and shield.

Finally, the third place to Japan, which in the last edition had conquered the highest step of the podium. This edition will be remembered for the great performance of the Asian pastry chefs, which in addition to China and Japan saw Thailand win the special prize for the best praline, beating the competition of countries of great tradition in cakes and chocolates, such as Switzerland, which won the “Best Ice cream” award, and France, which won the special prize

for the best “Modern Cake”.The “Pastry Magazine” journalistic award was assigned to Morocco.

Accompanied by a true support from the public stadium in the stands, in particular by the French and Italian supporters respectively with the Marsigliese on one side and with “O ‘Surdato Nnammurato” on the other, the event turned out to be a party for the taste and for the eyes, with creations really of a highest level ever seen. The winner of the winners was the president of FIPGC Roberto Lestani, who delivered a special cup to the first classified, made by the same craftsmen who for years have been taking care of the trophies of the World Cup and Champions League. For information: Press Office: K words | Tel. 02.45486501 – Paola Vernacchio |p.vernacchio@kwordsmilano.it | cell. 334.6766252

FIPGC WORLD CHAMPIONSHIPS: IN THE 5 CONTINENTS THE SELECTIONS FOR “ THE WORLD TROPHY OF PASTRY, ICE CREAM AND CHOCOLATE FIPGC”

“Art and tradition of your nation” the title of the upcoming FIPGC World Championships 2019.